A course player consists of three components: video, screenshot and whiteboard. Check the posting Introduction of Course Player to learn the details.

Note: The demo websites may be slow when you access them for the first time. Be patient!

For a real course player, video is played separately. The content of the screenshot and whiteboard is synchronized with the playing process of the video. In this app, a slider bar is used to simulate the video player. 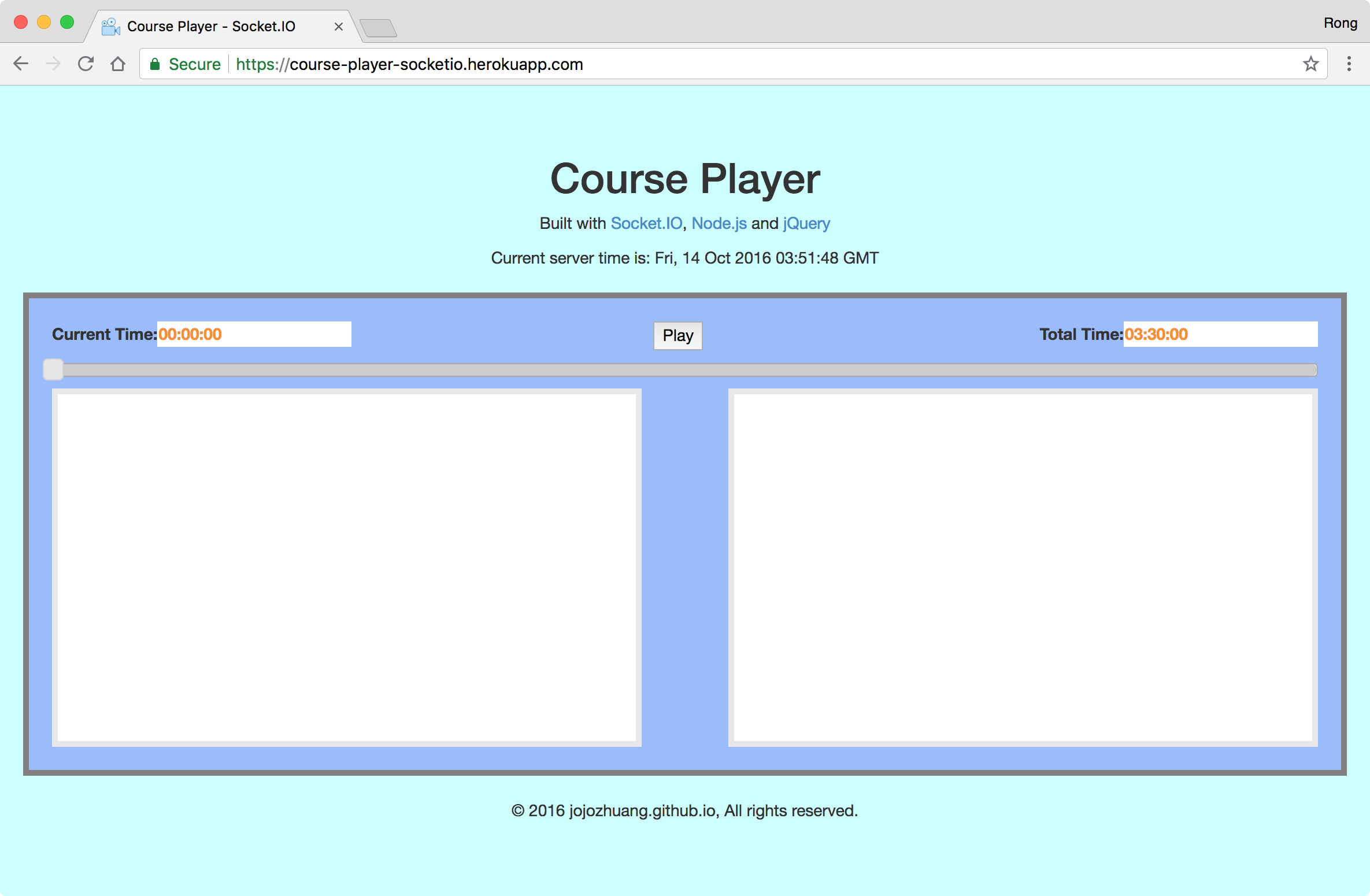 Click the Play button, the slider bar begins to move and the current time will increment in seconds. Meanwhile, the screenshot and whiteboard canvas show the content simultaneously. 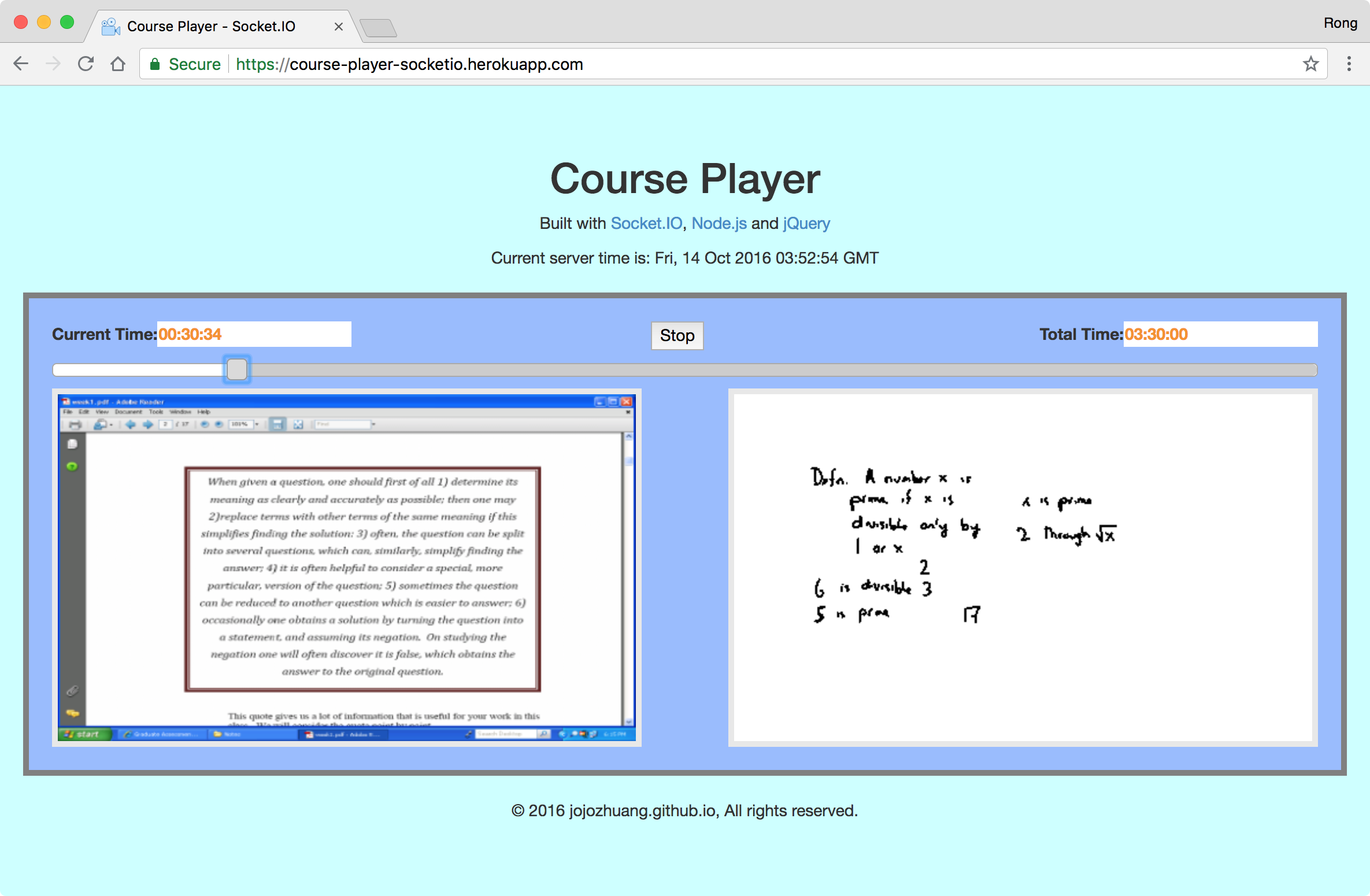 You can drag the slider bar to move forward or backward. 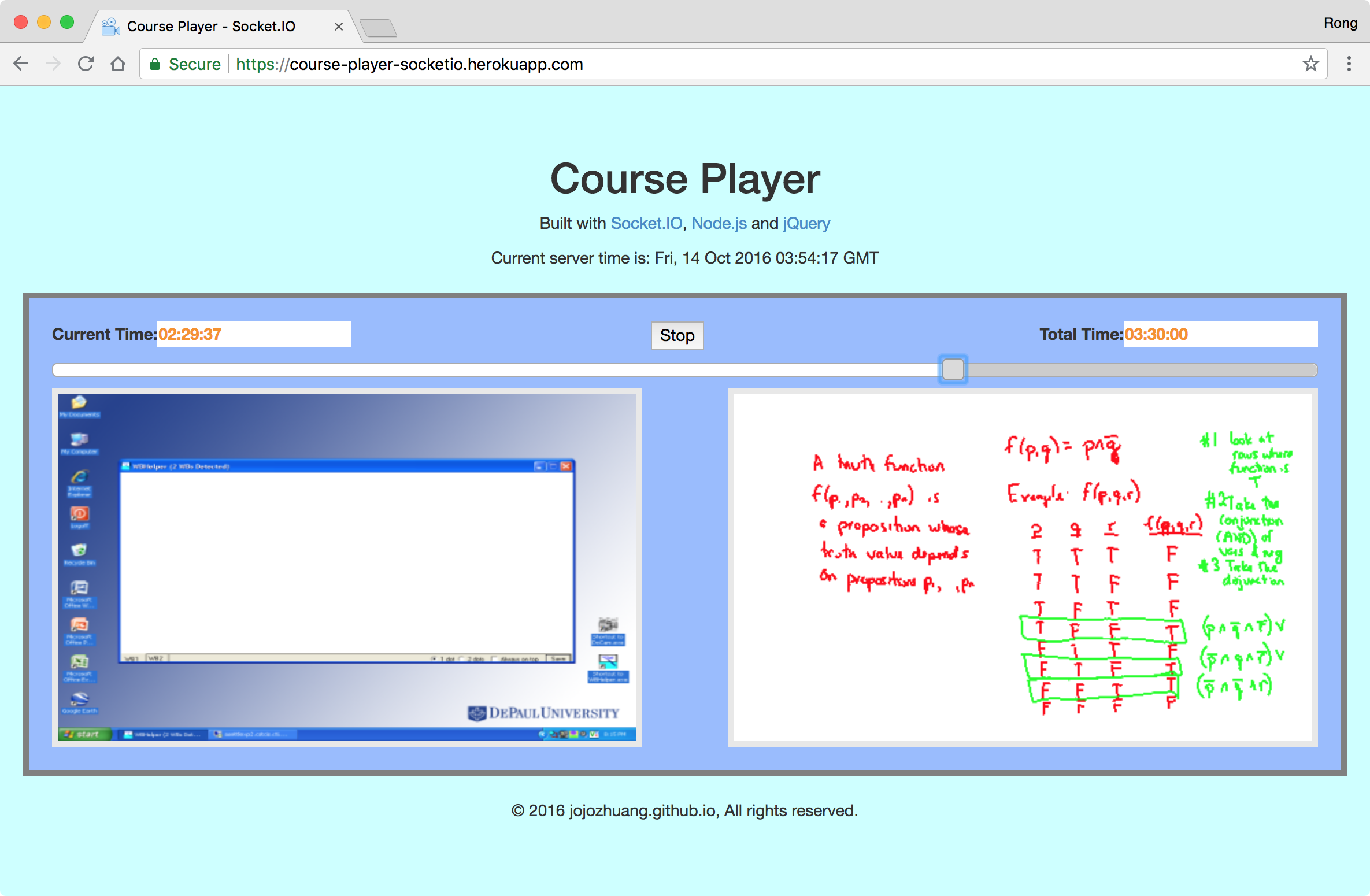 Read tutorial Building Course Player with Node.js and Socket.IO to learn the details of Socket.IO and how this course player is built.

Besides, read another tutorial Building Realtime Web Application with WebSocket to learn the basic knowledge of WebSocket, which is the technology behind Socket.IO.