Paper of The Google File System.

Clients never read and write file data through the master. Instead, a client asks the master which chunkservers it should contact. It caches this information, using the file name and chunkindex as the key, for a limited time and interacts with the chunkservers directly for many subsequent operations.

The default chunk size is 64MB.

The first two types (namespaces and file-to-chunk mapping) are also kept persistent by logging mutations to an operation log stored on the master’s local disk and replicated on remote machines. Using a log allows us to update the master state simply, reliably, and without risking inconsistencies in the event of a master crash.

Each mutation is performed at all the chunk’s replicas. We use leases to maintain a consistent mutation order across replicas. The master grants a chunk lease to one of the replicas, which we call the primary. The primary picks a serial order for all mutations to the chunk. 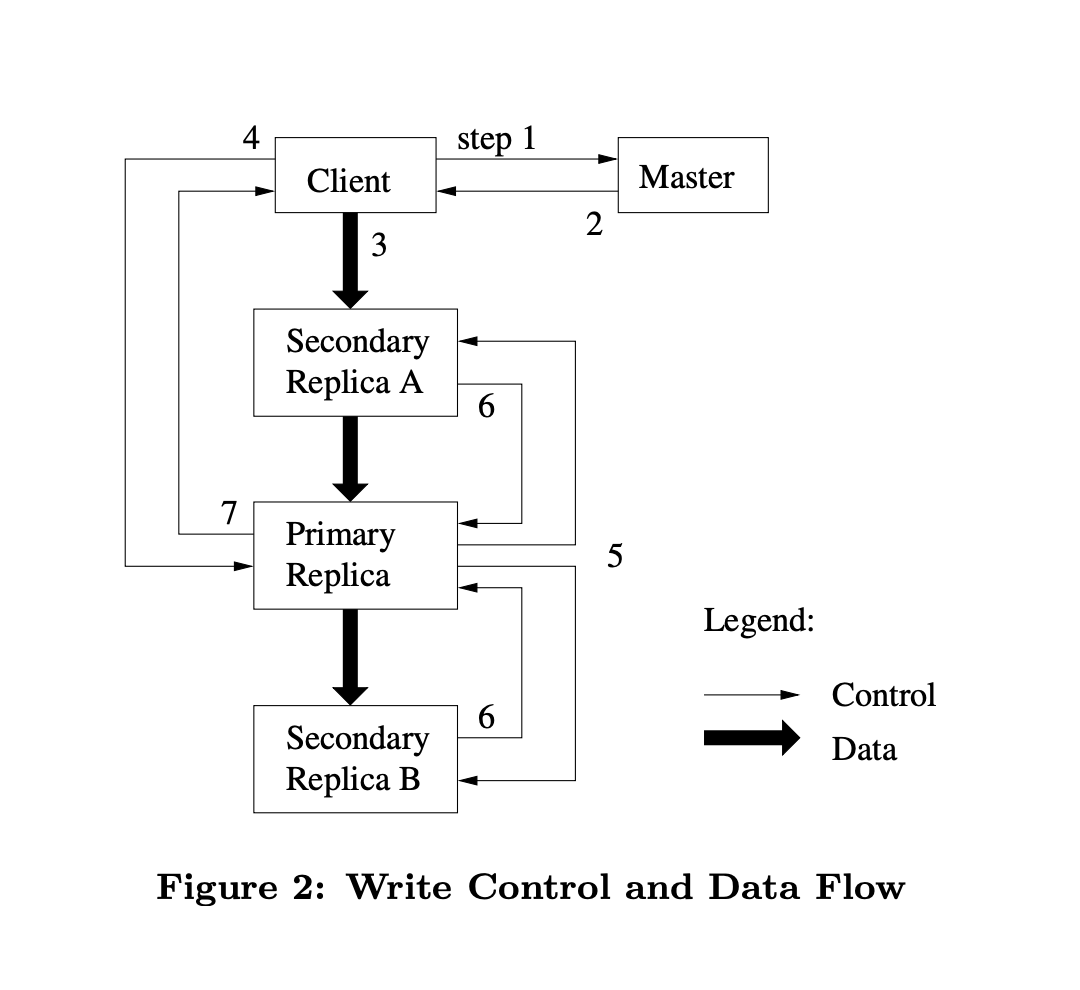