A Virtual Machine is a Software implementation of a Physical Machine, Java was developed with the concept of WORA (Write Once Run Anywhere) which runs on a VM. The compiler will be compiling the java file into a java .class file. The .class file is input to JVM which Loads and executes the class file.

JVM can have different implementations, as long as they adhere to the specs. The JVM specs(Java 7) can be found at https://docs.oracle.com/javase/specs/jvms/se7/html/. Oracle has its own JVM implementation (called HotSpot JVM), whereas IBM has its own (called J9 JVM). 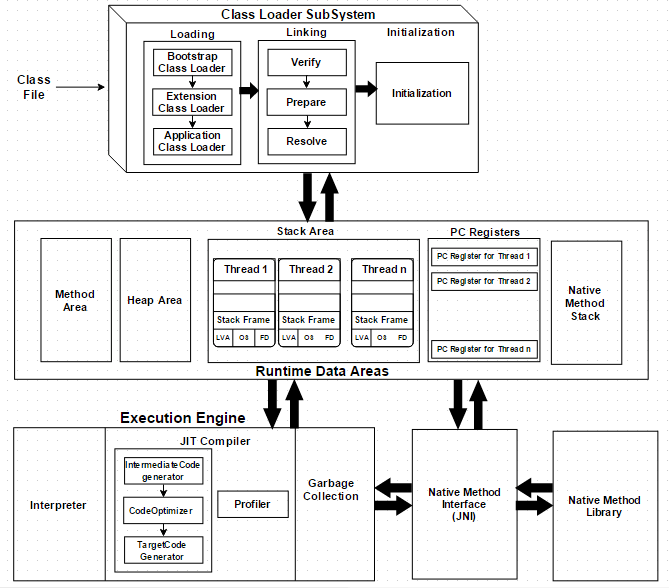 As shown in the above architecture diagram JVM is divided into three main subsystems:

Java’s dynamic class loading functionality is handled by the class loader subsystem. It loads, links and initializes the class when it refers to a class for the first time at runtime, not at compile-time. It performs three major functionality such as Loading, Linking, and Initialization. 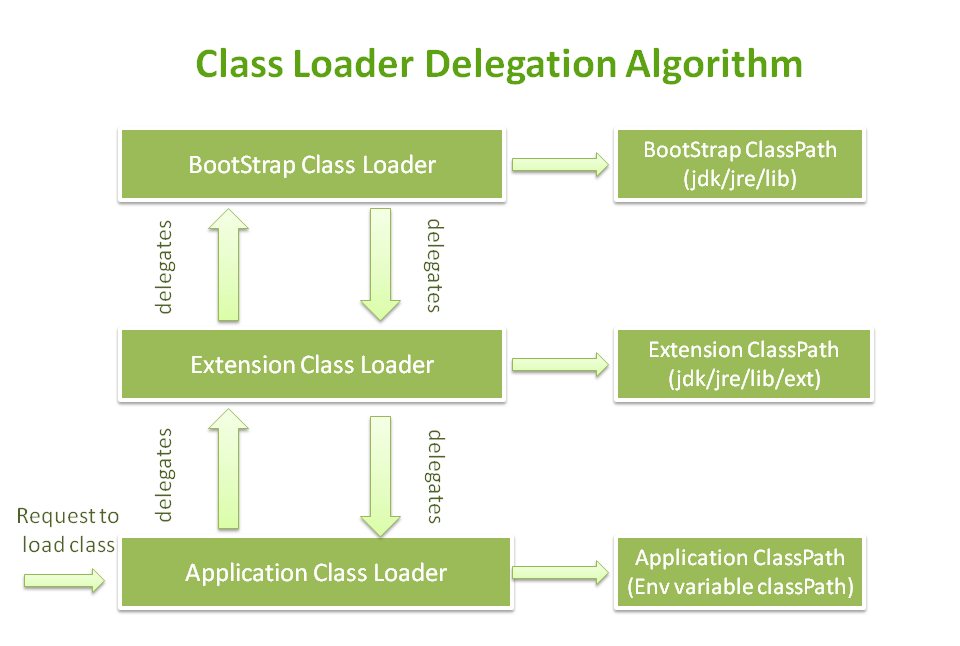 PS: ClassNotFoundException comes when JVM tries to the load a class at runtime dynamically.

The JVM basically uses the symbol table stored in the run-time constant pool for the linking process.

PS: NoClassDefFoundError comes at resolve phase when problematic class was present during compile time but not available during runtime for any reason.

This is the final phase of Class Loading, here all static variable will be assigned with the original values and static block will be executed.

The JVM spec defines certain run-time data areas that are needed during the execution of the program. Some of them are created while the JVM starts up. Others are local to threads and are created only when a thread is created (and destroyed when the thread is destroyed). Runtime Data Area is divided into 5 major components: