Jenkins is free and is entirely written in Java. Jenkins is a widely used application around the world that has around 300k installations and growing day by day.

It is a server-based application and requires a web server like Apache Tomcat. The reason Jenkins became so popular is that of its monitoring of repeated tasks which arise during the development of a project. For example, if your team is developing a project, Jenkins will continuously test your project builds and show you the errors in early stages of your development.

2. What is Continuous Integration?

In Continuous Integration after a code commit, the software is built and tested immediately. In a large project with many developers, commits are made many times during a day. With each commit code is built and tested. If the test is passed, build is tested for deployment. If deployment is a success, the code is pushed to production. This commit, build, test, and deploy is a continuous process and hence the name continuous integration/deployment.

A Continuous Integration Pipeline is a powerful instrument that consists of a set of tools designed to host, monitor, compile and test code, or code changes, like:

3. Why use Continuous Integration with Jenkins?

Some people might think that the old-fashioned way of developing the software is the better way. Let’s understand the advantages of CI with Jenkins with the following example.

Let us imagine, that there are around 10 developers who are working on a shared repository. Some developer completes their task in 25 days while others take 30 days to complete. 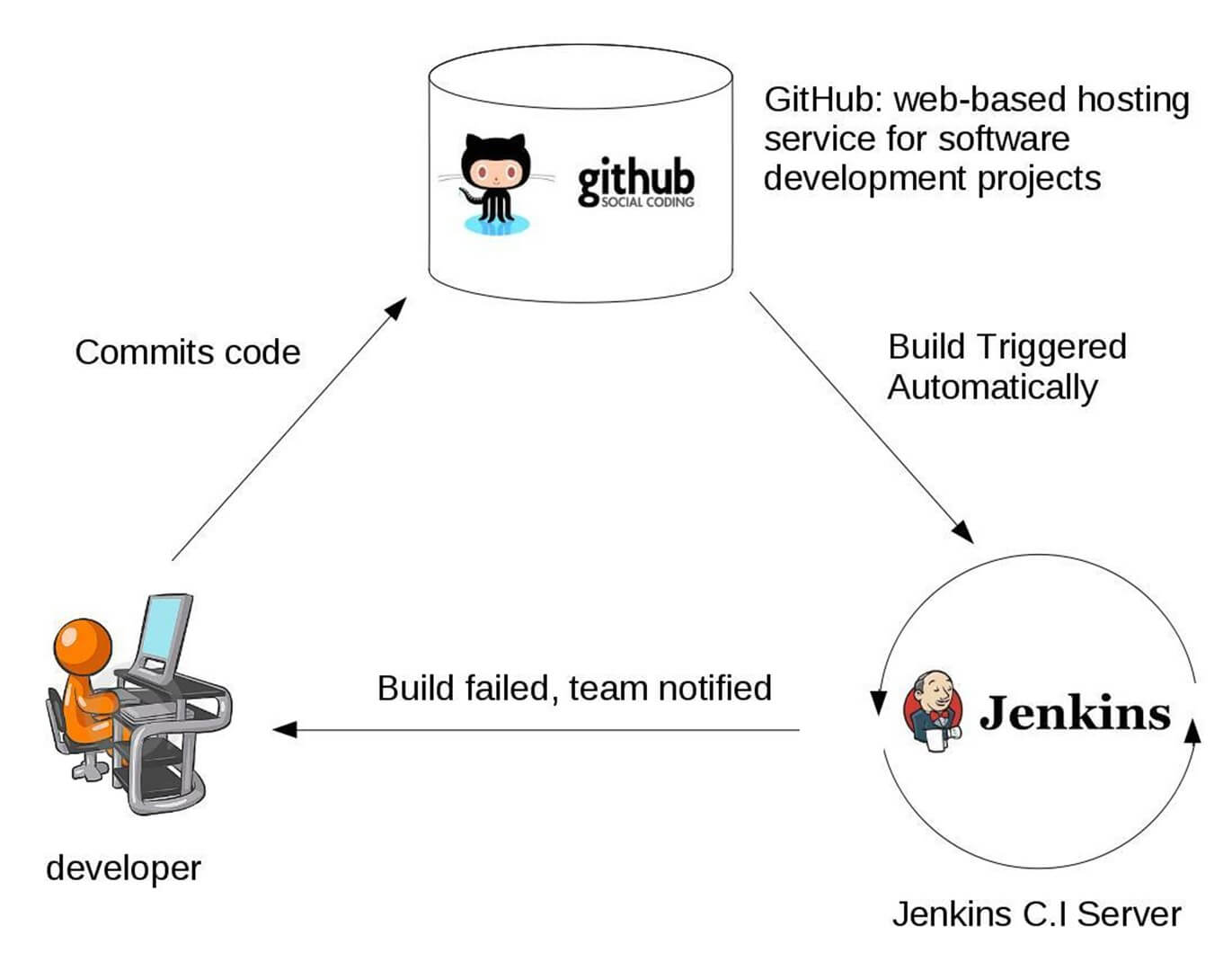 Though Jenkins is a very powerful tool, it has its flaws.